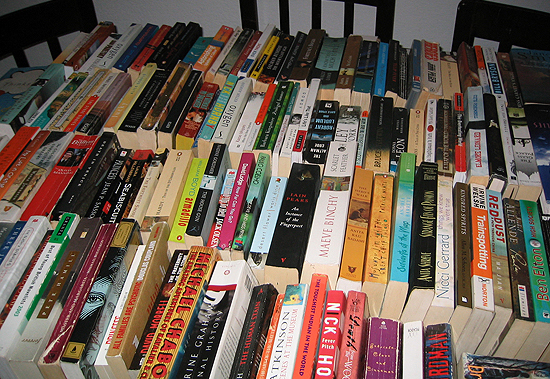 The Book Club is an anarchic entity. Its library of around 700 tomes has no geographical resting place. People meet, discuss books, drink wine, and at the end of the night, somebody just volunteers to host the next Book Club.   It’s like ‘Fight Club’ without Brad Pitt. There is no treasurer, no fee, no headquarters, no membership requirements. The books travel, each month, in an assortment of cardboard boxes, from the location of the last Book Club, to the location the next Book Club, and are then simply stacked in any suitable space in the host/hostess’s living room for all to peruse. 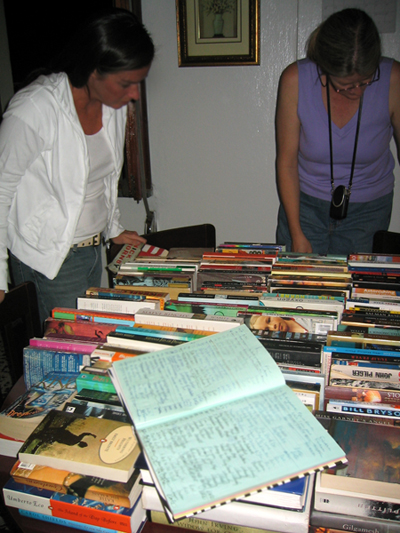 In a town with no books – or rather, no bookshops or means of purchasing contemporary books, the booklover experiences a curious thrill at the sight of this precious array. To be able to look through book after book, and know that you can take home and read any you chose is a rare treat, and one to take your time over.   Almost all recent Pulitzer Prize, Booker Prize, Orange Prize and Prix Goncourt winners can be found. Most of the material is in English, but due to the nature of the beast and its followers, titles are also in Italian, French and Spanish. There are two years’ worth of Granta, there are books on Africa, international travel, literary fiction, crime, pot boilers, colonialism, history, social issues, politics and of course, the old standards. It is really quite an experience to read Tess of the d’Urbervilles when it’s 45 degrees Celsius in the shade.

The books’ spines are creased, some have notations in the margins (especially Graham Greene’s Heart of the Matter), and some favourites are regrettably falling apart, but they are always read and returned, borrowed on an honour-system that is equally anarchic.

The Zebra Book, a hard cover copybook with a black and white striped cover, travels along with the boxes, and contains all the information required. The list of books comes in the front, each given a number, and the back pages list the book club members’ current e-mail addresses. There are as many crossed out as current, since the international work force moves on according to their respective contracts. Small notations sometimes indicate their new base: Rachel (Darfur), Sebastian (Brazzaville), Leila (Liberia), Jemma (Mexico). The middle pages are roughly ruled into a section for each member, who signs out the books under their name, and simply crosses out the numbers when they bring them back.

Who is on the list? Almost anybody you can imagine, and it is as ephemeral and impermanent as the comings and goings of the ex-pats stationed, for however long, in this town. Teachers, international aid workers, volunteers, local artists, academics or students from the local university, diplomats, partners of all of the above, new arrivals on their way further afield, and stalwarts of the community, who founded the book club in the first place. 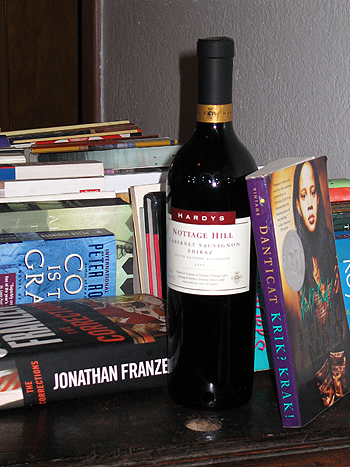 In developed world book clubs, apparently, members all buy the same book and discuss it. However, since, in Asmara, there would never be enough copies of one book to supply the Club, we each select our own titles each month, and provide our personal reviews as the ‘speaker’s turn’ moves around the circle we sit in. This, in practice, is a much more varied and interesting exercise, since others who have read the same books will add their opinions, and sometimes wildly passionate discussions take place. Being, in addition, a social evening, literary criticism can sometimes metamorphose into anything from personal reminiscences, political speculation, philosophising, and even news-swopping from the local grapevine, inevitably making the book club an evening that can extend into the early hours.

You’ll hear criticism of how peacekeepers, field workers and international agency staff find ways to let off steam, including excessive social drinking; sexual activity and even smuggling or sex trafficking (as recent reported have indicated). Somehow one can’t imagine the headlines: ‘Readers Convene!’ or ‘Booklovers Hold Secret Meetings’ making the pages of the international press.

The Asmara Book Club, however, in its fashion, is a way of letting off steam for the International community here – a little intellectual respite from what can be a stressful existence, far from home and sometimes in difficult living conditions. True: the diplomatic corps and top international agency folk may have it cushy – but there are teachers or aid-workers in the field who literally live in huts or concrete shacks, and, depending on their jobs, and can be dealing with some of the worst extremes of human hardship the planet has to offer. The Book Club provides a haven of sorts, a comfortable retreat where either the stultification of bureaucracy or the hardships of field life can be left behind for an evening devoted simply to books.

At tonight’s get together, popular books include Sunday Afternoon At the Pool in Kigali by Gilles de Courtemanche (what people read if they want to know how bad things can get), or The Abyssinian by Jean-Christophe Rufin (what people read if they want to escape into a glorious, classical field adventure). When something new and special turns up, such as Michela Wrong’s I Didn’t Do It For You (a new history of Eritrea), several copies may make an appearance, courtesy of Amazon, and there can be quite a scramble for loans. But there is a very special sense that the books are collectively owned and enjoyed, and members tend to be fiercely loyal, making sure to attend the Book Club at all costs, since it takes place only once a month.

Later, as I reach home, near the airport (which, I have to say, is not a hut), the stairway, my neighbours are on the stairway, discussing the 36 deaths that occurred in the unrest after Ethiopia’s Parliamentary elections. My phone is down again, and there is no water in the tap. But in my hand, I’m holding six wonderful books, courtesy of the Asmara Book Club. Sometimes you need a little Anarchy.