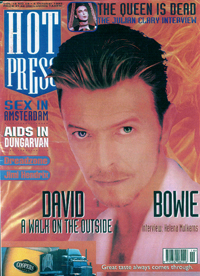 Helena has written for a range of magazines and newspapers in Ireland and the United States from The Irish Times to Rolling Stone, and went on to write for several in-house publications for her work at the United Nations. During this time she was Editor-in-Charge of the magazine, “UNMEE News,” based in Eritrea and Ethiopia, and then Editor of “Afghan Update,” the magazine published by the United Nations Mission in Afghanistan, which was published in three languages. She currently writes an occasional column for the New York Times International Edition and contributes book reviews to The Irish Times. A selection of her journalistic work will be forthcoming on this page.

She had a chapter entitled ‘Generation Without Borders: Developments in New Irish Arts 1982-1997’ in Hyperion’s non-fiction book, The Irish In America. Other contributors to this publication included Frank McCourt, Mary Higgins Clark, Denis Leary, Maeve Binchy and Jason Robards. She also published ‘Film in the Fifth Province,’ a paper about Irish film in the United States, in Cinéaste magazine.

In 1999, her essay, ‘The Vocabulary of Absence’ was published in a non-fiction anthology of Irish women writers entitled Motherland, from William Morrow and Company. Her essay ‘A Gentle Anarchy’ was published in the literary review, Natural Bridge, from the University of Missouri, U.S.A., in Spring 2009.

Scroll down for a selection of her occasional articles over recent years, and check back for more soon, thanks: