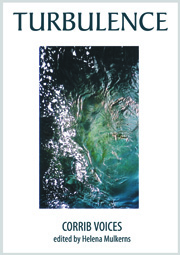 This anthology, edited by Helena Mulkerns, was published in 2003 as part of Helena’s thesis for the Masters in English Literature and Publishing at the National University of Ireland, Galway.

It features poetry, fiction and prose reflections from emerging Galway based writers who were participants in the 2003 NUIG Masters in Writing Programme. Turbulence features an introduction by Irish writer Mike McCormack (Getting It in the Head, Crowe’s Requium) who called it “a welcome addition to the cultural landscape of the West”. Hotpress magazine called it: “dark, funny and sometimes off the wall …” 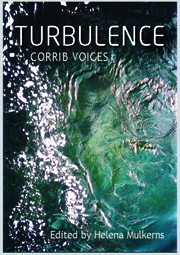 The fascinating subject matter of the various contributions makes for a broad-ranging and varied collection, and Books Ireland described it as having “an internationalist feel,” with its writers hailing from Ireland, Australia, India, Britain, Poland and the United States.

Having requested and received permissions from the contributors to publish a second edition of the work for its tenth anniversary, Turbulence – Corrib Voices will be published by Tara Press later this year.